Related:
New Tech and New Horizons in Healthcare and Biotech

News from the world of life sciences includes increasing investments in both real estate and artificial intelligence, a setback for human gene editing, and positive developments for a trio of Vancouver-based companies.

Several recent headlines from the world of life sciences are crossing over into the domain of real estate. As has been the case in other sectors this year, life sciences companies are taking steps to limit their dependence on foreign sources and decrease their vulnerability to supply chain disruptions.1

New clusters are emerging that include facilities for R&D, manufacturing, and distribution, surely good news for an uncertain commercial real estate market. Manhattan is one area seeing an uptick. Recently it was announced that a Walt Disney campus on the borough’s Upper West Side will be converted into a life sciences complex. According to the New York Times, it’s part of the city’s attempt to play catch-up with leading hub areas such as Boston-Cambridge, the San Francisco Bay area and San Diego.

From a classic portfolio piece to a more modern type of investment: a new study undertaken by Deloitte finds that life sciences companies are increasing their spending on artificial intelligence.

In true 2020 fashion much of the initial objective has centered on enabling and optimizing remote work-capabilities. The study finds further potential for AI with regards to accelerating insights and discovery as well as expediting access to new therapies and products.

“The life sciences industry has only begun to scratch the surface of AI’s potential,” says Deloitte Consulting principal Aditya Kudumala, “but the good news is biopharma and life sciences leaders see the potential and are willing to make the investments necessary to realize what’s possible.”3

Deloitte reports that the three major objectives of life sciences companies using AI are enhancing existing products, creating new products and services, and making processes more efficient. Deloitte believes that the key to success for companies attempting to capitalize on AI will be proper utilization and integration, along with a clearly defined vision and strategy.

New research is raising questions around attempts to edit human genes. While the technology has great potential, and recently earned its discoverers a Nobel Prize, much research remains to be done. According to CTV News “A lab experiment aimed at fixing defective DNA in human embryos shows what can go wrong with this type of gene editing and why leading scientists say it’s too unsafe to try.”4

Researchers at Columbia University utilized CRISPR-cas9, a tool that allows scientists to cut DNA in a precise spot. Using sperm carrying a mutation known to cause hereditary blindness to fertilize healthy donor eggs, they attempted to repair the defective chromosome by adding the single missing letter in the DNA alphabet that caused the mutation. Researchers were heartened that early tests indicated that the mutation was, in fact, gone. However, “what we found is that instead of the mutation being fixed, the chromosome carrying the mutation is gone” — a profound change that likely dooms the embryo.”4

“”If our results had been known two years ago, I doubt that anyone would have gone ahead” and tried it on embryos intended for pregnancy, said biologist Dieter Egli, who led the study.”4

While this particular function has proven ineffective at present time, crop-based utilization has garnered better results and other applications are promising.

Finally, some good news about British Columbian companies in the sector. A Vancouver company is contributing to efforts to secure an effective COVID-19 vaccine. According to Global News, biotech company Acuitas Therapeutics are “playing a key role through a technology known as lipid nanoparticles, which deliver RNA into cells.”5

“BioNTech and Pfizer are developing a vaccine that’s using a messenger RNA that tells our cells how to make a protein that’s actually found in the COVID-19 virus,” says Dr. Thomas Madden, president and CEO of Acuitas Therapeutics, who added that many people are unaware that lipid nanoparticles technology originated in Vancouver.5

Meanwhile, another pair of Vancouver-based companies were honored at the BC Tech Association’s annual ‘Technology Impact Awards’ on November 5. AbCellera Biologics partnered with American pharma giant Eli Lilly to develop antibody therapeutics to fight COVID-19, and were thus honored for Excellence in Global Export. NZ Technology, who’s Tipso device allows doctors to use holographic menu controls to review radiology images from with the sterile environment of a surgical room, were deemed ‘Company of the Year- Startup Success.’6 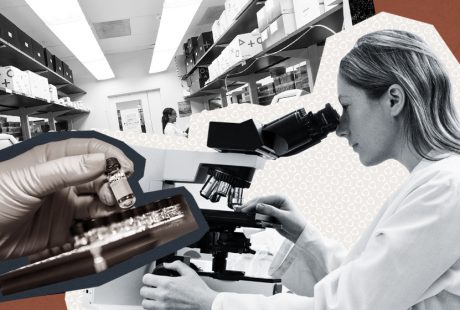 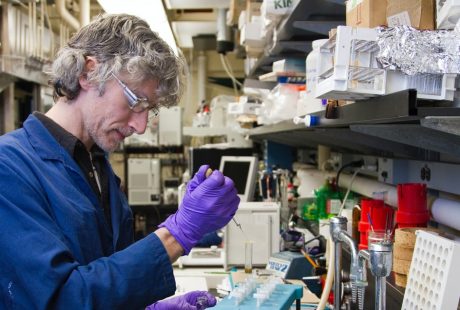 New Tech and New Horizons in Healthcare and Biotech 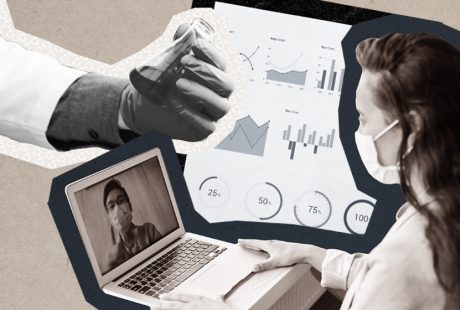 Technology and the future of biotech and life sciences

The intersection of consumer technology and the biotech and life sciences industries will yield massive returns, if led… Read more