Related:
The Reality of Today’s Skilled Oil and Gas Workers

Skilled workers faced a dark reality with the onset of Alberta’s oil and gas crisis in 2014. 100,000 industry jobs were lost and, since then, ... Read more
Read More

Automation is increasing productivity, driving innovation, enhancing precision, reducing downtime, improving safety, and enriching decision making across industries including natural resources, manufacturing, health care, and agriculture. The transition to industry 4.0 requires us to face many challenges, not the least of which is addressing the notion of the obsolete human. Where are we today? Where are we going? And what will it take to get there?

A big component of this is the use of robotic process automation, which allows humans to focus on more specialized tasks and innovative thinking. In an era of flattening demand, increasing labour costs and technologically-driven disruption, companies are keen to establish an edge.

Some believe that the very size of machinery is due for reconsideration. Large trucks and machinery have traditionally made sense in mining as companies strived to leverage man hours but, as vehicles and other machines become more autonomous, this may change.

“In the future, mining equipment will likely be smaller, mass-produced, and recyclable,” predicts Digitalist Magazine. “Equipment won’t be bought with the expectation that it must survive for the life of the mine. It will be replaced frequently, allowing mining companies to keep up with rapid advancements in technology.”1

As the oil and gas industry sees ever greater automation of upstream competencies, EY Canada predicts that new human skill sets will be in demand.

“Human resource and IT departments will play a key role in driving successful adoption and sustainment of new technologies and the optimal workforce mix. Workers will need to develop skills in emotional intelligence, critical thinking, data analysis and managing the interface between human and machine to be competitive in the upstream oil and gas job market.”2

Expanded data collection and analytical capabilities are improving workflow in the manufacturing industry, while also informing investment decisions, assisting quality control, and increasing mechanical precision. Automation in manufacturing is nothing new but advancements in artificial intelligence will only serve to increase its usage.

“AI could make it possible for manufacturing machines to understand far more complex goals than those which they currently execute,” explains Robotics & Automation News. “This will make it possible for operations to become 100% automated at a given location with regular remote check-ins from a central hub.”3

Technology such as “computer vision, machine learning, adaptive robotics, and software on the factory floors” have made manufacturing less clunky and expensive, says Bright Machines CEO Amar Hanspal. 4 “Over time, barriers to entry will continue to lower, so that anyone with a good idea can turn that idea into a tangible, marketable product. When more people are given the tools and the opportunity to engage in the manufacturing process, it opens the door to higher quality products and boundless innovation.”4

Automation in the healthcare industry aims to increase productivity, drive down cost, and provide a better quality of patient care. Automated check in systems speed up notoriously cumbersome intake processes and assist in the collection and analysis of patient health data. Advanced analytical capabilities seek to provide more accurate diagnoses and assign better treatments, while an expanding landscape of telemedicine apps enable remote consultations, which is an important factor for elderly patients.5

With a growing population increasingly demanding eco-friendly food, agricultural automation has allowed for dramatic increases in the size and efficiency of farms. Tasks like seeding, weeding and irrigation benefit from robots, drones, automated tractors and sensors. Much like the analysis of human data in the medical field, sophisticated data collection systems inform prescription farming procedures, maximizing the ROI on pricey inputs.

For the true potential of the Fourth Industrial Revolution to be realized, the software behind automation will need to become more seamless and easily integrated.

“It’s clear that automation is the next giant leap for manufacturing, but its deployment has been stymied for the somewhat ironic reason that automation itself isn’t automated,” says Hanspal. “Instead, machines have to be individually configured and independently managed by human workers.”6

A recent article published by the World Economic Forum calls for increased cooperation and more ‘vendor agnostic systems’ that will easily connect to a broader range of hardware, facilitating more innovation and flexibility.

“Just as the IT world has embraced the benefits of open-operating platforms, now it’s industry’s turn. Universal automation is the world of “plug and produce” automation software components that solve specific customer problems in a proven way. Think of it as the dawn of an industrial automation app store.”7

Humans in an Automated World

With automation and artificial intelligence set to continue their prolific growth, many worry that humans will become increasingly expendable. Hanspal counters this notion.

“Arguments against automation largely ignore the past; any glance in the history books will prove that it has in fact been fueling the economy since its inception. Plain and simple, automation creates more jobs than it destroys.”  He notes a 2018 prediction from World Economic Forum that, by 2022, automation would create 58 million more jobs than it displaced.4

Arnie Gordon President Arlyn Scales agrees.  “This has happened throughout the history of industry, and it generally results in a higher average standard of living in the long run, which gives us reason to be excited about the future.”8

Automation is no longer the realm of science fiction, it is very much present reality. The acceleration of the Internet of Things, 5G and Artificial Intelligence will continue to reshape the workplace at a staggering rate. As we face the challenges of the future, companies will adapt out of necessity, as will the workforce.

6 Hanspal, Amar. “Is Your Automation Automated? How Software Is Opening The Door For Increased Innovation In Manufacturing.” Forbes. Forbes Magazine, March 24, 2021. https://www.forbes.com/sites/amarhanspal/2021/03/24/is-your-automation-automated-how-software-is-opening-the-door-for-increased-innovation-in-manufacturing/.

7 Polly. “Top 5 Industries That Will Be Transformed By Robotics and Automation.” Robotics & Automation News, June 19, 2020. https://roboticsandautomationnews.com/2020/06/17/top-5-industries-that-will-be-transformed-by-robotics-and-automation/33221/. 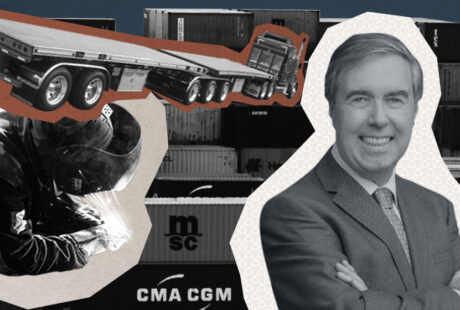 Roaring 20s: Can Business Emerge Stronger Than Ever? 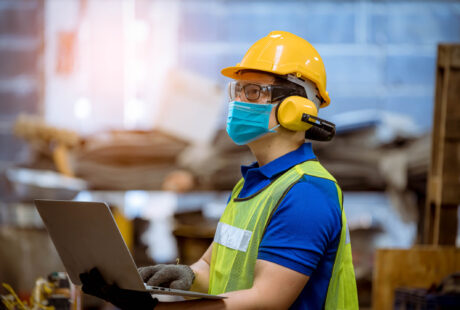 Natural Resources and other industries are being transformed by automation, necessitating integration between platforms and humans. Read more 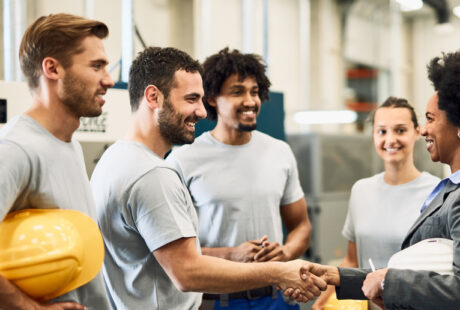 Recruiting For Plant Managers Should Focus On Soft Skills

The skills required of plant and production managers have shifted in recent years; recruiters should prize flexible, lifelong… Read more