B.C.’s forestry industry is a fast-moving, contentious, and vital component of the province’s economy. With so many moving parts it can be difficult to keep up, so we’ve compiled this 10,000 foot overview of recent business, societal, and legal developments impacting the sector.

In November of 2021 the Government of British Columbia announced that logging would be deferred in one third of BC’s old-growth forests, effectively removing up to 1.3 million hectares of old growth from the timber harvest land base.

The two-year deferrals are a temporary measure that will pause operations while a new long-term plan is developed by the province.

One particularly controversial project involves the Fairy Creek Watershed on Vancouver Island. Tensions between demonstrators and forestry company Teal-Jones have led to over 1,100 arrests, in what some are calling the largest case of civil disobedience in Canadian history.

Per Global News, “The logging activity has pitted Teal-Jones against the Rainforest Flying Squad, a coalition of activists, who have organized a series of blockades to protect the ecologically sensitive old-growth forests.”2

This situation has played out at the scene of the blockade as well as in the courtroom, where a series of decisions have altered the course of the ongoing struggle. In the spring of 2021 Teal-Jones obtained a court injunction banning blockades of logging activities, but in September a BC Supreme Court judge refused to extend the injunction, citing that civil liberties, including freedom of the press, had been infringed upon as a result of the RCMP’s enforcement of the order. That decision was overturned in short order by a BC Court of Appeal judge who said that Teal-Jones would suffer potential economic harm if there were no injunction in place. 2

Some have criticized the RCMP, calling their response to the protests heavy-handed, while others support their efforts.

“They are mandatory directions from the Court, and police are not at liberty to choose which law to follow,” says Staff Sgt. Janelle Shoihet. “We do not have the option of refusing to enforce Court Orders and injunctions nor can we delay that action indefinitely.”2

While those opposed to old-growth forest logging represent a broad cross-section of Canadians, it’s a particularly passionate subject within our country’s First Nations communities. Many are strongly opposed but, even within those communities, there is no unanimous consensus.

“The issue has also been divisive for the three communities who rely on the forestry sector to generate revenue,” reports Global News. “Pacheedaht First Nations leadership, for example, have told protesters to leave, stating they weaken the nation’s sovereignty. Yet other members of the band, including many younger ones, have invited the protesters to stay.”2

The government maintains that they’ve involved First Nations in the planning process, but have faced criticisms from those who say that the consultations have been rushed and mismanaged. Further complicating efforts are the complexities of the First Nations system of governance. Hereditary chiefs represent an Indigenous governance that pre-dates colonialism, while elected council and chiefs comprise a more modern system that was put in place through the Indian Act in 1876.3 Just as individuals sometimes find themselves in disagreement, so, too, do the two leadership groups.

The provincial government has touted value-added lumber as a path forward for the industry, but, with sawmills closing, many other businesses have found their supply jeopardized.

“Value added relies on highly integrated primary manufacturing industries,” says Russ Taylor, president of Russ Taylor Global, a forestry consulting firm. “When sawmills go down, there is a cascade effect on other businesses.”4

“We feel blindsided by this,” said Carmen Backs, 32, who has worked at Vancouver Specialty Cedar Products, her dad’s Maple Ridge company, since she was 13. “From a business standpoint, it is terrifying that the government is making decisions without consultation or proper review.”5

BC’s Forestry Minister says that 4500 job losses will occur as a result of the old growth forest moratoria, while the Council of Forest Industries puts the number closer to 18,000.4

The Ancient Forest Alliance recently released a two year study that they say “shows old-growth forests on Southern Vancouver Island could contribute greater economic benefit to the region through tourism, carbon storage and protection of coho salmon habitat rather than harvesting the timber from ancient forests.”2

Susan Yurkovich, President and CEO of the BC Council of Forest Industries, paints a different picture. “This is a sector that feeds a lot of families across our province. It’s one in 25 jobs,” she says, adding that about 5,300 Indigenous Nation members are directly employed in the industry.6

While there are many factors to consider when charting a path forward for forestry in BC, one cannot deny the important role the industry has in the province’s economy.

“No one who supports a reduction in the use of natural resources in B.C. should ever again be able to complain about a lack of teachers, long hospital waits, a lack of doctors, or shortages of police in this province,” said forestry professional Jim Girvan, speaking at this year’s Truck Loggers Association (TLA) conference. “If there is no money, these services simply cannot be paid for, and we are all going to be forced to live with a lower standard of living.”6

Do You Know Where to Find Natural Resources Sales People?

Poaching from competitors isn’t the only way to find solid salespeople for natural resources. In an employee’s market,… Read more 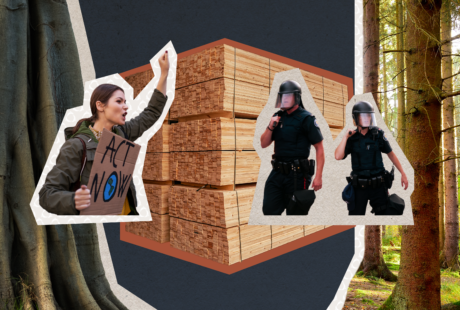 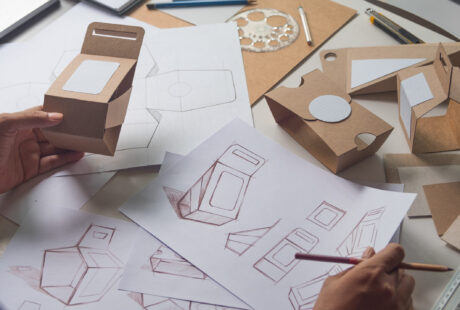