“I want to go and see my coworkers and enjoy the hallway chit-chat,” says the company’s Executive Coordinator. While she may have to wait, she is poised to ultimately get her wish as the multi-faceted media platform company is currently working on a uniquely designed headquarters located in Victoria, BC.

“We’re currently in the midst of renovating an 11,000 square foot building in Chinatown in Victoria,” explains Hampson. It’s a departure for the company, who have always operated primarily remotely.

Bulletproof Media creates content related to health and wellness, including the popular Bulletproof Radio Podcast. Her journey with the company began when she was placed (by Goldbeck Recruiting) at Bulletproof 360, a Seattle based coffee and supplement company that is a partner to Bulletproof Media. From there, Beverly followed CEO Dave Asprey to the emergent media company.

The company’s unique positioning will allow for some interesting synergies at the new workplace. Fronting the building will be a commercial space called ‘Upgrade Coffee’, part of the Upgrade Labs initiative.

“Upgrade Labs is a recovering health and wellness facility,” explains Hampson. “We have one in Santa Monica and one in Beverly Hills, and now this will be our first Canadian location. It specializes in anything in the biohacking realm, infrared light, cryotherapy, an IV lounge, anti-aging, basically anything that will help with athletics or inflammation.”

Careful attention must be placed to office design, as it can impact the work environment, collaboration and teamwork, and even company image. Discussion on the subject has been a hot topic for years; a debate that has only intensified during the current pandemic. The Bulletproof office will ultimately house a number of interesting features including interchangeable offices, a communal kitchen, and a glass-encased podcast studio that will be visible to employees. Inspired employees will be encouraged to frequent the retail space as well.

WFH or a Physical Workspace?

The investment flies in the face of recent speculation that the physical workspace is a thing of the past. Hampson admits that the prospect of reporting to work at a central location has gotten some pushback.

“We haven’t lost any candidates because of it, but it’s almost been a bit of a shock,” she says. The once commonplace concept can now fuel mild amounts of anxiety.

Hampson advocates for a hybrid approach.

Benefits of a Hybrid Approach to a Physical Workspace

“I think the optimal situation includes the ability to choose,” she explains. “Today I have something right at 5 o’clock, it’s Friday, I have a couple of things I want to get done, I’m gonna work at home,” she continues. “On a Monday I would love to be in an office, because all of my meetings are with people who are in the office, so I might as well go and see them.”

The benefits of a company workplace can have as much to do with the individual as the company.

“I want to get out of my house, put on pants that aren’t yoga pants, go outside, drive my car, and have a little bit of sun,” confesses Hampson.

“There’s a lot of individuals that really base their personalities around work and that environment,” says Rose, “they like dressing for work, they might have bought a car that they really like to drive, and they enjoy being in an office that’s really beautiful or in a very vibrant part of the city. We’ve got hundreds of thousands of years of evolution based on social interaction. And as efficient as it might be to do things in another way, there’s always going to be that primal draw and the satisfaction that comes with it.”

The renter’s market that exists for commercial real estate could prompt companies who value a physical location to try some interesting configurations. Ultimately, Hampson believes in a ‘whatever works’ philosophy.

“I’ve got an employee who predominantly works in his car because that’s where he likes to work,” she says. “He’s really productive in his car and that’s just his thing. I don’t think we should take that away from him.”

What seems certain is that work from home will be prevalent in the future, but not absolute. Companies will make decisions that work for their particular situation, and these decisions will impact communications, workflow, expenditures and recruiting. The ideal employee will be one who is comfortable and proficient in a variety of environments. In short, adaptability is a desirable asset.

Maximizing the Mission: Recruiting at Not-for-Profits 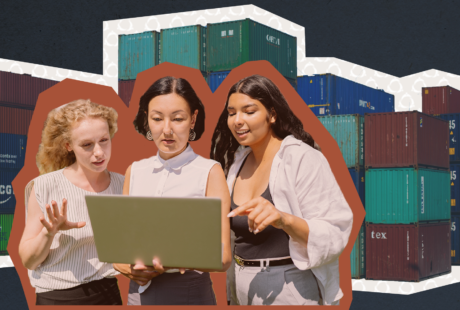 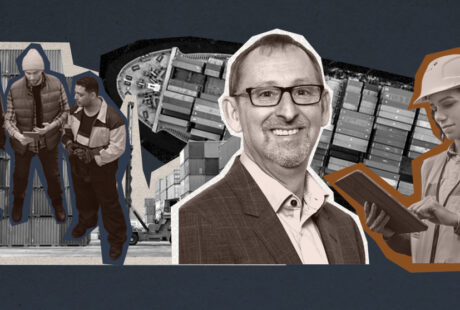