Renewable energy is not just the future, it’s the present, and mechanical engineers are one of the most valuable resources involved.
Read More

“Our engineers are not just producing widgets, they’re creating something that hasn’t been done before,” says Jamie Hogue, Chief Operating Officer for Hillcrest Energy Technologies. The company’s innovations in the clean tech sector create an excitement amongst staff members, which the company leverages in their recruiting efforts. The small company quickly pivoted from oil and gas and now hopes to sustain substantial growth despite a potential recession. For them, thriving in the face of challenges is simply part of their DNA.

“Power electronics is the area that we’re focussed on,” explains Hogue. Specifically, the company creates power conversion and motor control technologies that can be used within electric vehicles, the renewable energy system, the grid it connects to, and storage.

“I believe the products we’re bringing to the marketplace right now could really help improve the efficiency, reliability, and performance of future electric vehicles,” says Hogue. “For us, that’s incredibly important.”

The company aims to simplify electric vehicles by allowing for the removal of certain components. This, in turn, would allow for a much broader and flexible definition of how and where EVs can be charged.

“It takes that range anxiety away from the potential consumer,” notes Hogue, adding, “the simplified systems are also very intriguing to auto manufacturers.”

Pivoting to a New Industry

According to Hogue, the company’s move from oil to clean tech was a matter of seizing long term growth potential.

“Our CEO had vision,” she says. “If our company was going to succeed, we had to pivot to where the money, interest, and demand was going to be. In our case it made perfect sense to create long term shareholder value through a pivot into a sector that had a much longer runway and much better growth opportunities.”

The switch took a mere two years for the relatively small and nimble Hillcrest to complete.

“We were in a unique position,” acknowledges Hogue. “A lot of established oil companies have more assets and liabilities on the books, so it would take them a bit longer to make a transition.”

The company currently has about 25 employees but is looking to grow substantially. This means competing for tech talent in a tight labour market. Hogue explains that the company places a focus on retention, while emphasizing company culture and mission in their recruitment efforts.

“We really focus on transparency, inclusivity, flexibility, and a team-based approach,” says Hogue. “A start-up like ours is actually creating technology that could change the future. Certain types of people really thrive in those environments.”

Like other companies their size, Hillcrest is looking for people who are prepared to roll up their sleeves.

“There aren’t necessarily layers,” says Hogue of the company structure. “You need one person to manage as well as execute the tasks at hand. We’re looking for those managerial thinker/doers.”

In order to facilitate teamwork and the sharing of ideas, Hillcrest holds regular team functions. Ironically, Hogue says it was easier to arrange for socialization when it was a virtual affair.

“It’s harder now that people can move around and have lives,” she explains. “They don’t always want to spend their Friday night with you, right?”

Recruiting in the tech sector often requires a global approach, which means profiling not only the company, but the region.

“In addition to our company, we’re selling British Columbia,” says Hogue. “We have to compete against places like Silicon Valley and Austin, Texas, so exposing candidates to the culture and the beauty of Vancouver is one thing we can focus on.”

Of course there are legalities and red tape regarding bringing new employees to Canada and the process seldom unfolds overnight. Fortunately, Hillcrest has been able to onboard new hires remotely before their physical arrival. Handling such issues on a case by case basis is just another advantage to being relatively small and nimble.

Many potential candidates are endeavouring to pivot between industries, just as Hillcrest itself did. When it comes to the wide variety of emerging clean technologies out there, Hogue sees a fit for those with a background in petroleum engineering, resource extraction, and telecommunications, to name just a few.

With this in mind, she also believes that the idea that the automotive industry is strictly an Eastern Canadian concern will quickly become dated.

“While automotive manufacturing may continue to be geographically focused where it exists today, Vancouver could play a growing role in the development and design of the electronics and power electronics systems needed,” she says “The systems we’re building are tightly intertwined with data and logic.”

Growing During a Potential Recession

“Electric cars have been around for more than a century, but that doesn’t mean the technologies have advanced as quickly as we’d like,” says Hogue. She believes that the time for growth is at hand, despite the potential for an impending recession.

“I think the global market for electric vehicles and electrification in general is going to continue to surge, so the demand for new technologies and innovations will continue,” she says. Despite her optimism, she’s not blind to the economic dangers.

“We’re really trying to be smart with the resources we have and grow in a thoughtful manner,” she says.

It’s clear that Hogue enjoys working for her chosen company and within her chosen sector. She’s hopeful that as Hillcrest grows they’ll be able to retain their ingenuity, creativity, and team building culture.

“I’ve worked in several large entities and I still have a passion for these earlier stage companies where you’re running as fast as you can to build something new,” she says. 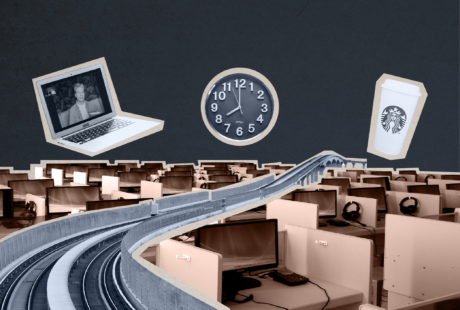 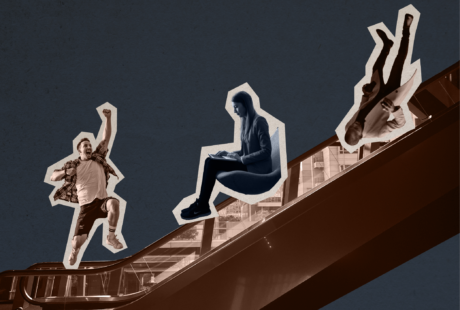 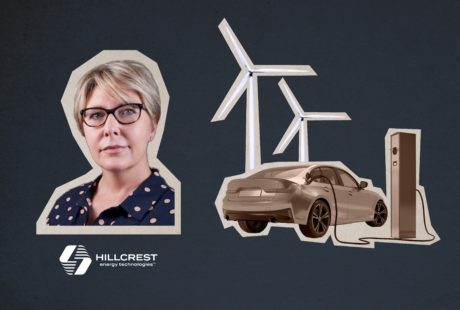 Staffing the Pivot: Recruiting in the Clean Tech Industry