This month’s job numbers continue to elucidate just how complex the nation’s pandemic recovery is shaping up to be.

In February, Canada’s employment increased by 1.4%, adding 259,000 jobs to an uncertain economic landscape.1 Following two consecutive months of losses greater than forecast, including the surprising disappearance of over 210,000 jobs in January, this month’s numbers continue to elucidate just how complex the nation’s pandemic recovery is shaping up to be.2

It may seem like the path forward remains unclear; however, these very promising numbers and recent actions taken by the Bank of Canada are poised to modulate the country’s recovery in pursuit of full employment.

In January, losses were concentrated in Quebec and Ontario; in February, so too were significant gains. These gains were largely concentrated in part time work, which bodes well for teenage and young adult workers often engaged in such employment. This is the result of the easing of COVID-19 restrictions in sectors including retail, accommodation, and food services.

“While we may not place for positions in these sectors, the January downturn was bad news for all of us,” says Henry Goldbeck, CEO of Goldbeck Recruiting. “I’m looking forward to seeing a strong and consistent recovery in the economy; we know well that an active, progressing economy leads to greater confidence on the part of employers and that benefit will compound.”3

The other encouraging metric released this month is the lower unemployment rate, which demonstrates economic growth persisting challenge. While uncertainty continues to loom over much of Canada’s economic landscape, job seekers should not let off the gas.

“It might be a better time [to search for work] now than later,” says Cameron Pollard, Founder and Managing Partner at Venn Growth Partners.

“We’re at a bit of a plateau here. The turmoil of the early pandemic has ended; vaccines are coming but are not here yet; we’re starting to see what’s going to happen in the short to medium term. It’s almost like a moment of calm between two stormy areas.”4

The Journey Back to the Office Begins

A huge portion of the workforce has been forced to work from home (WFH), but February’s numbers began to light the path back to office work. As workplaces, including schools, reopened, 600,000 Canadians that worked more than half their usual hours in February carried out their work duties in a place other than their homes.

Throughout the pandemic, much speculation has existed surrounding the conditions of long term WFH. It’s only now that this speculation has data—and vaccines—to stand on.

Sean Lemckert, Associate VP at Devencore, predicts that the WFH trend will, eventually, fade away to a large degree.

“The idea that this shift represents the death of the office is absurd,” says Lemckert. “People in my own networks certainly appreciate the separation of “Church and State.”5

“The bulk of executives are focused on back-to-work and office occupancy strategies in the medium to long term. Can a selection of staff be highly productive at home? Sure! Can your most recent hires or junior employees get a tangible sense of your company’s values and philosophies, so critical to overall success, staring at talking heads on a screen?  I suspect not.”5

Pollard feels similarly. “It’s amazing to see how well people have transitioned to working from home,” says Pollard. “And I don’t think it’s going away. That said, there’s a lot of value in spending a couple days at the office, collaborating with colleagues, mentoring junior employees, and things that are better to do in person.”4

“I think we’ve all been surprised by how well people have adopted online. But no, we’re not getting rid of offices.”4

Tiff Macklem, governor of the Bank of Canada, announced recently his intention to let the economy “run hot” in pursuit of developing full employment.5 In part, Macklem’s strategy considers who is often left out of recovery, and how a reach for full employment may enable more of those people to participate.

This signals that interest rates will likely remain very low for a few years, probing the limits of what our economy can bear before inflation begins looming too large.5

“Economists seem to have demonstrated a shift in opinion on these topics,” says Goldbeck. “Inflation shouldn’t be something that is feared, necessarily—though the BoC will need to consider sectors like housing that may suffer in complex ways. For example, housing inflation has strong social implications in addition to economic concerns. Further, with growing concerns of a housing bubble, the BoC has a lot to consider.”3

Insofar as jobs are concerned, this move is promising.

“The saying in recruitment goes that if the economy catches a cold, the recruitment industry catches pneumonia,” says Goldbeck.

“So this move on the part of the BoC signals what will hopefully amount to a few years of consistent economic stimulus and growth. As we know, growth often begets more growth; our economy and our job numbers would benefit from boldness on the part of employers that are willing to take risks.”3

In addition, President Biden’s recently signed stimulus package valued at $1.9T USD will have global impact. “I expect this stimulus will have a supportive effect for the US economy, lifting Canada and other countries like a tide lifts boats,” says Goldbeck.3 Bloomberg cites an OECD report, which states that “Biden’s measures will raise output around 3% to 4% on average in the first full year of the package and add a full percentage point to world economic output.”5

Macklem’s plan for the economy is concerned with ensuring the employment of those disproportionately left out of the workforce. By letting the economy continue to build steam, pent up demand may necessitate organizations to bring in talent that, due to prejudice or other forces, would otherwise have been left “on the bench.”6 Indeed, February’s labour force numbers paint a clear picture: young women, especially Indigenous women, and people of colour, are disproportionately excluded in this rebound.1

The greater the number of adults working in a fully utilized workforce, the better and stronger Canada’s economy will be; so this strategy—and its goal—seem no-brainers.

In periods of recession like this one, however, talent ceases to be developed in ways standard to a strong economy. “People aren’t moving up through organizations like they normally would, they aren’t gaining that on-the-job experience that is so sought after in skilled candidates,” says Goldbeck. “This means that, over the course of the next several years, we are likely to see a labour shortage in some industries.”3

The juggernaut, indeed, squeezes from both sides: a traditionally excluded labour market requires a hot economy to enable participation; at the same time, a hot economy isn’t likely to repair the damage done to the talent pool by the pandemic downturn.

On top of these tensions, “people are still nervous to leave secure positions,” says Goldbeck. “The security outweighs the potential and opportunity of new roles.”3

So, despite Macklem’s intention in probing the boundaries of Canada’s economic potential, it may be the case that talent remains elusive on wider scales. Organizations will benefit from widening the cast of their nets in the recruitment process as placing talent with the intention of development, and in support of full employment, bodes well not only for their own targets, but for those of the nation.

As many have learned following these months of unpredictability, only time will tell. 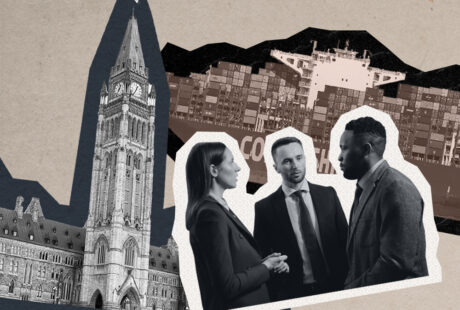 For the month of March, Statcan has reported an increase in the labour force by 1.6% (303.1k) to… Read more 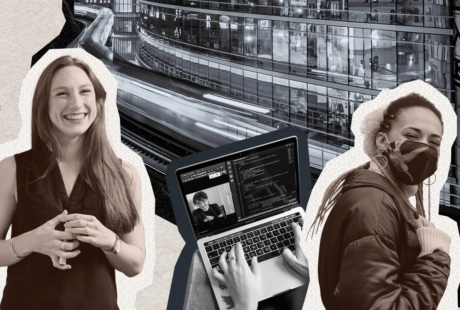 The Future of HR 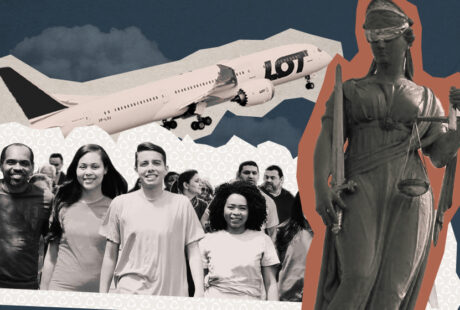