Despite the downturn, Goldbeck President Henry Goldbeck has seen strong demand for qualified talent in a number of industries. ISS of BC President Jonathan Oldman has, likewise, noted a competitive recruitment landscape.

620,000 people worked less than half of their usual hours in January, the largest such increase since March of 2020, when the pandemic began affecting business as usual in Canada. This contributed to a 2.2% decrease in total hours worked. Of note, 10% of Canadian employees missed at least some work in January due to illness or disability, shattering the previous record of 8.1%, set in March of 2020.

Ontario’s decline of 146,000 jobs (-1.9%) broke a seven-month streak of gains, which had netted 433,000 jobs. The province’s job losses impacted accommodation and food services most harshly, followed by information, culture, and recreation. Capacity limits and other such measures were also to blame for losses in the other provinces.

In Saskatchewan, the gain of 3,900 jobs (+0.7%) include increases in employment in business, building and other support services, and construction. Regina found its employment on par with January 2020, while Saskatoon was up 7.1% compared with that month.

The total job losses of 200,000 are more than accounted for by the 223,000 job decline felt in services-producing industries. The represents a return to pre-pandemic levels for the category, after having surpassed that benchmark in September.

Accommodation and food services jobs fell by 113,000, (-11.1%), the largest such decline since April of 2020. Ontario and Quebec, where indoor dining bans were in effect, account for nearly all of this downturn. Nation-wide employment in the industry is currently 26.4% lower than its pre-Covid level, a loss of 324,000 jobs.

The goods-producing sector, on the other hand, added 23,000 jobs, in addition to the 43,000 job gain it experienced in the previous month.

While the monthly declines are not insignificant, they are directly attributable to public health measures in response to the Omicron variant. Goldbeck President Henry Goldbeck believes that, despite lingering pandemic uncertainty, most businesses are ready to carry on.

“Many companies have been in the process of realizing, hey, we’re in business, we don’t want to go out of business, we want to grow, so let’s go on with it,” says Goldbeck. “We’ve seen strong demand for talent in every sector and function we recruit in, including natural resources, construction, engineering, life sciences, manufacturing and operations, not for profit, marketing, accounting and finance, and sales.”

Goldbeck believes that the time is right for a diversification of investment in life sciences.

“A lot of investment has been moved toward Covid-related sectors of the bio/life-sciences industry,” he notes. “I think you’ll probably see a gradual transfer of investment and growth across the spectrum of life sciences as Covid becomes more normalized.”

“During the first year of the pandemic, the majority of employees were hesitant to shop around amidst the pandemic uncertainty, but the tide has turned,” says Goldbeck. “Now there is a greater perception of general security. People who put off looking for growth opportunities, higher salaries, or just leaving jobs that they don’t like are now making those changes because the insecurity of Covid has diminished.”

Goldbeck reports that employees are aware of their value and have become accustomed to receiving counter-offers.

“While salary is naturally a top consideration, career development opportunities, work environment, and remote/hybrid flexibility are often difference-makers,” he says. “Employers need to be really clear about what’s in it for the candidate over and above salary and present a future to them, including career development, impact on the organization, future growth, and work environment. In the end the whole package will be more enticing for the majority of candidates than merely dollar matching or small percentage increases. This has been the norm for many senior positions, but people of all levels have alternatives now. They need to be presented with more than a job and a number.”

Goldbeck believes that the same holds true for employee-retention.“Employers need to understand the majority of their valuable employees will be receiving recruiting calls and may be considering other opportunities,” he says. “It’s more impactful for the employer to make the employee’s’ value to the company known to them and to alleviate any pain points that the employee has with their employment, before they have received a competitive offer. Once your employee is looking for another position, and receives another offer, you can counter-offer, but the question becomes, if they’re worth that now, are you only treating them better because you absolutely have to? That’s the question that the employee will be asking themselves.”

Recruiting in the Not-for-Profit Sector

Not-for-profits, like other organizations, are working hard to recruit quality candidates on an ongoing basis.

“It’s become professionalized,” says Goldbeck, “you’re dealing with very high quality individuals. It’s always been this way at the highest levels of the sector, but I think what you’re seeing is that emphasis on strong professional management moving down into more medium and smaller sized organizations.”

While not-for-profits offer opportunities for increased responsibilities and fulfilling work, they’re often unable to go dollar for dollar with their for-profit counterparts.

“It’s unlikely that you’re going to attract a candidate who places career progress or income as their highest priority, but you can achieve a balance of highly professional, motivated, competent professionals for whom the mission of the not-for-profit is an important factor,” says Goldbeck.

Jonathan Oldman is the CEO of ISSofBC, a not-for-profit  that provides support to newcomers to Canada. His organization works hard to brand itself as a good employer.

“Fundamentally I still believe people want to work in organizations where they feel that they are contributing to something important,” says Oldman. “People want to feel like they’re part of a team, and part of something larger than themselves.”

The organization aims to make individuals feel valued and respected.

“I think that recipe has not changed,” says Oldman. “If you can do those things, you’ll continue to be successful at recruitment and retain good people, regardless of the circumstances.”

Many of ISSofBC’s staff are former clients, a system that has worked well. Like organizations in other sectors, however, they understand the benefit of keeping an open mind during the recruitment process.

“I’ve worked in the not-for-profit sector in BC for 25 years,” Oldman explains, “and I haven’t worked in the immigrant serving or settlement sector before. If the CEO can be appointed without direct experience of working in immigration, then other people can as well.” 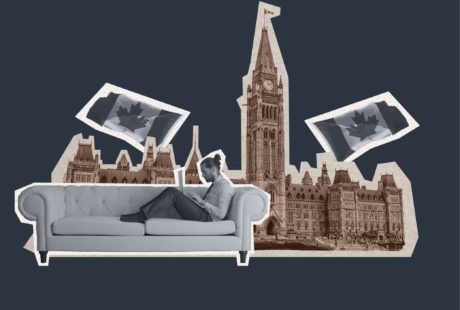 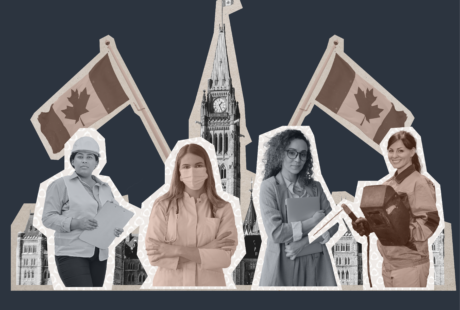 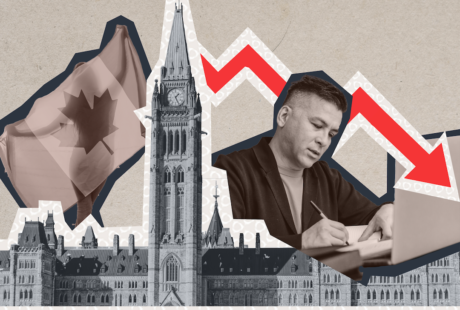