Related:
Are You Cynical of Recruiters?

The key to an optimal recruitment process is setting expectations early.
Read More

Things are looking up in Canada as numbers of COVID-19 cases taper across the country and the job market is responding positively. For the month of June, Statcan posted the addition of 230.7k jobs, a percentage change of 1.2%, for a total of 18,790k.1 Accordingly, unemployment fell, matching forecasts exactly at 7.8%.1

The Delta variant remains a cause for concern—will there be another resurgence in the fall?—but increasing vaccination rates and growing economic activity signal a strong summer.

Of June’s totals, the greatest change was felt by part time work, which saw a an increase of 263.9k, reflecting the rollback of public health restrictions. Full time employment fell in June by -33.2k, a negative albeit moderate change from May 2021.1

Dovetailing concerns of a mass labour exodus and industry-specific labour shortages have the employment landscape rife with anticipation.

To contrast, employment fell in Saskatchewan, Manitoba and Prince Edward Island, with little change in the remaining provinces and territories. In PEI, job numbers remain -4.9% down on pre-pandemic levels.1

No province was entirely immune to losses, however, with job growth varying drastically from one industry to the next. However, most gains were driven by part time work especially among workers aged 15 – 24. 1

With June’s strong numbers, Canada’s employment rate remains higher than that of the United States, clocking in at 60.6% and 58% respectively.1

In the goods-producing sector, Statcan reported a second month of losses across Canada. Losses in this sector totalled 48,000 (-1.2%) in June, bringing quarterly losses to 106,000. 1

Notably, construction saw a decline of -23,000 (-1.6%) nationwide with losses concentrated in British Columbia and Alberta. The total number of people employed in the construction industry fell to its lowest point since January 2021, and remains down 78,000 jobs on pre-pandemic levels. As the lumber and housing markets remain hot in Canada, the shortage of workers in construction will surely be felt acutely across the nation.1

In the natural resources industry, employment declined (-9,800; -2.9%) with losses concentrated in Quebec and British Columbia; however, total employment in the industry remains up on pre-pandemic levels (+19,000; +6.2%).1

The largest gains were felt in industries that provide in-person services. Included in these are retail trade, which saw employment in rise by 75,000 (+3.4%), all but erasing earlier losses in April and May. However, demand for workers in retail trade remains extremely high, with Statcan reporting 80,000 vacancies. However, unlike industries such as construction, the labour pool remains large and further gains should be rapid and sustained in the coming months.1

Lastly, Statcan reported large gains in accommodation and food services, which posted gains of 101,000 (+11.8%) in June. These gains were concentrated in Alberta, British Columbia, and Quebec, and represent the largest gain in this industry since July 2020. These gains brought the accommodation and food services industry to within 21.6% (-263,000) of its pre-pandemic level, the smallest gap since November 2020.1

Is it true that 49% of Canadians want to quit their jobs? According to the most recent Hays salary survey, yes.2

After a year of intense reluctance on the part of Canadians to find new work—to take a risk during an economic crisis—many workers are now ready to take the plunge. In last month’s labour force update, we reported on this topic and its possible causes.3 The short version: many Canadians are feeling dissatisfied with their salaries and career potential in current roles.

How will this impact the Canadian job market? Amidst myriad labour shortages, or “wage shortages” (depending on who you ask) and massive numbers of job searchers, the recruitment landscape is likely to become frenetic, competitive, and costly.

“There was an idea that once a vaccine was available, the pandemic would simply end,” says Henry Goldbeck, President of Goldbeck Recruitment. “But it’s more obvious now: the consequences of this pandemic will be with us for a long while. All we can do now is wait and try to make sense of the employment patterns that emerge.”4

Many companies found it challenging to recruit throughout the pandemic ,not least because of a shortage of qualified workers. But as the market heats up and skilled knowledge workers begin to re-enter the labour market, don’t expect this obstacle to dissipate.

“We have already seen how fast qualified candidates are snapped up by eager, waiting employers,” says Goldbeck. “This is no longer an employers’ market. To lock in the candidate you want, you’ve got to be willing to act fast and negotiate.”4

Indeed, flexibility may be the most important trait an employer could bring to recruitment in the coming years. “If a candidate wants to work from home and you won’t allow it,” says Goldbeck, “another company will, happily. And you will lose that candidate.”4

Common accommodations may include flexible working schedules, a higher salary and competitive benefits, and of course, working from home. To stay abreast of changing industry standards, employers will need to stay tuned in to employee expectations.

In North America, there’s been recent discussion of an apparent “wage shortage”. The argument goes that the multi-industry shortage of workers is not due to a lack of employable people, but rather the product of government subsidies and incredibly low wages.

To respond, some companies have begun offering higher hourly wages to retail and service workers. This strategy is also occurring at mid- and high-level roles, where companies are luring candidates away from their current positions with promises of a bigger salary.

“Workers in some industries are in such demand that they essentially become hired guns,” says Goldbeck. “They follow the money.”4

This may be a winning strategy in the short term for companies in desperate need of people. But the implications of this strategy is obvious: if a candidate can be easily lured away by a higher salary, company loyalty may be lacking.

“Naturally, people want to earn as much as they can for their labour,” says Goldbeck. “But you can wind up without a strong sense of company engagement. This often leads to higher turnover.”4

“Recruitment will need to be people focused, responding to the desires of the candidates on a case-by-case basis,” adds Goldbeck. “People will stay in roles longer if they’re engaged with the company and identify with its values. While the job market continues to fluctuate, this has to be kept in mind.”4 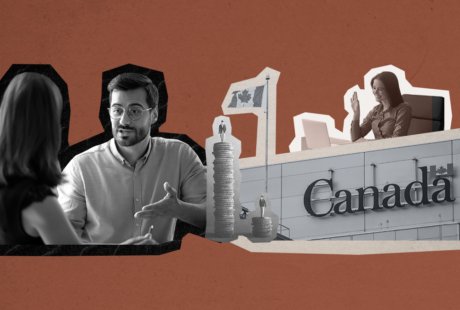 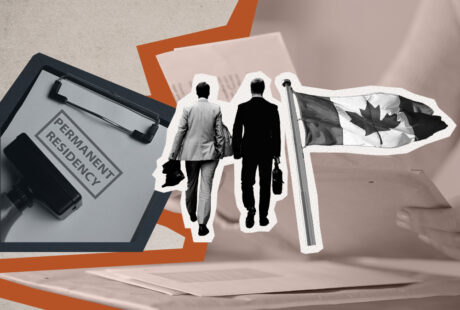 Updating business managers with what you need to know, right now:  This quarter’s legal update looks at the… Read more 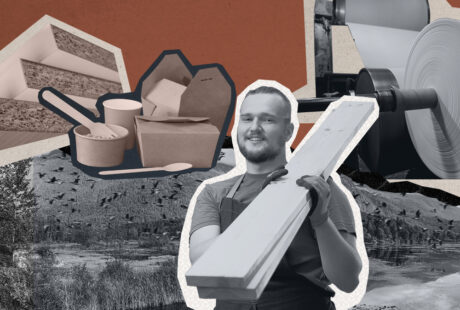