Organizational culture is somewhat of a fat term. Every organization, of course, has its own culture and although culture plays a major role in the group’s success, or lack thereof, we often struggle to define it. When it comes to the workplace, what is organizational culture, how is it formed, what impact does it have upon performance and how can it be modified?

What is Organizational Culture in the Workplace?

A company’s organizational culture is its personality. Its attitude. Its values and beliefs. What behaviours are considered acceptable? What are the prevailing styles of communication and interaction within the company? Do things typically operate within a rigid framework of guidelines and processes or is flexibility more highly valued? Are concrete measures put in place to truly work towards the stated goals and priorities of the company or is mere lip service paid to these principles? All of these factors and more will define the culture that permeates the company and will affect the behaviour of those within it in ways that range from subtle to glaringly obvious.

Culture affects every aspect of a company’s performance. A good company culture where employees feel valued will lead to a stronger degree of motivation, a greater sense of satisfaction and pride, a higher retention rate and, ultimately, better performance. It is obvious that the ways in which team members communicate and interact will be an underlying factor in the quality and nature of the team’s output. Different teams have different goals and operate in varying environments, so there is no one size fits all approach to crafting the ideal culture. Large organizations that pursue specific mandates while operating within tight legal frameworks will likely benefit from a culture of accountability, with high regard for protocol.  Companies that rely more heavily upon innovative ideas and nimble action may prefer a more ‘open door’ culture that fosters creativity and takes advantage of good ideas, regardless of where they originate. It goes without saying that a company that can truly create an environment where employees believe that effort will lead to reward, monetary or otherwise, will generally have a more motivated staff.

While organizational culture is difficult to define, it is equally as tricky to shape. Many of the issues companies face, such as labor and facility shortages, can be largely addressed by dedicating money to the problem. Company culture is not such an issue. Policies, practices and behaviours must be evolving in order to shift company culture, but if close attention is not paid to shaping culture, one will emerge on its own, for better or for worse.

Ownership and management set the tone, and must lead by example. Furthermore, it is they that are tasked with developing the hierarchy and rules under which a company operates. It is also imperative that the company’s policies align with stated goals. If a company wishes to decentralize command and provide its employees more autonomy but punishes mistakes, there may be a lack of synergy between policy and practice. Ditto for a company that wants more input from throughout the ranks but has a management team in place that doesn’t make themselves available.

Communication styles play a role in culture. Companies that make good use of task management or messaging software will have greater clarity, so long as there is buy-in from throughout. Even office layout plays a role, with open concept offices designed to encourage interaction or funky furniture used to convey a relaxed tone.

Although culture is largely made up of unwritten rules, official documents such as mission statements can play a role as well if they are clear, visible and emphasized. Compensation systems, reward structures and training programs will all impact the psychology of the employees, hopefully leading to an outcome that resembles the desired culture.

People, Diversity and Hiring to Fit

The other key ingredient in culture is, of course, the people that make up the company. Hiring people that possess the attitudes and personality traits that you wish to see in your company is a key factor. While knowledge can be taught, attitudes are inherent, so an organization must take great care to choose wisely. At the same time it can be perilous to approach recruiting with a closed mind. Employees that don’t share a similar employment history or personal background can often excel in unexpected areas. Hiring to fit a company culture does not mean hiring a staff that are homogeneous in terms of age, gender or ethnicity. In fact, diversity often leads to a greater breadth of experience and valuable input.

At the end of the day organizations consist of people and we humans are complicated creatures, not as programmable or predictable as software. As an organization, shaping culture is best achieved through carefully considered initiatives, diligence and through creating a corporate structure that meshes with the culture the organization hopes to cultivate. Although volumes have been written on the topic of organizational behaviour, the most important thing to remember is that shaping a company’s culture is an ongoing process and an eternal work in progress. 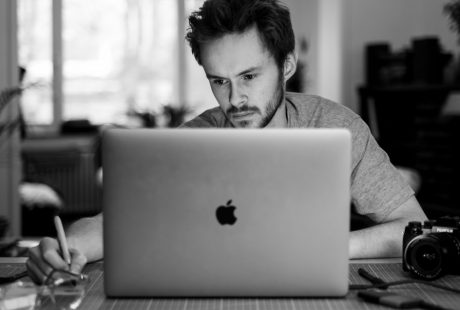 Innovation and Productivity with a Remote Workforce 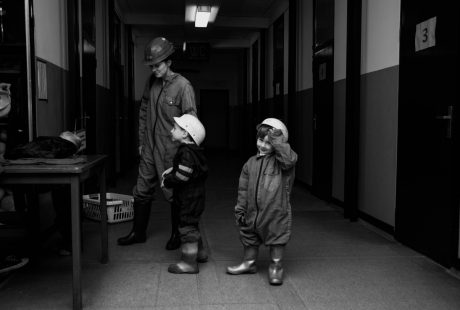 For mining companies, installing new leadership is an ongoing process. What traits should be sought after? Where can… Read more 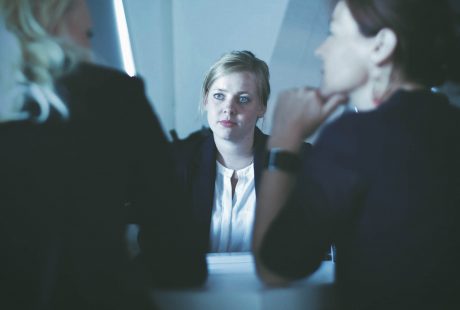 How to Recruit Part 3/3: Processing

Now that you have a list of qualified and interested candidates, it’s time to process them. Read more