When ‘The Who’ sang of ‘My Generation’ back in 1965, everybody knew what they were speaking of; not a thin line in the sand, but a mile-wide chasm between the pre-war generation and the baby-boomers that succeeded them. Today, changes in technology have led not only to ever-evolving means of communications, but to an increasingly quick generational turnover, necessitating an almost constant state of analysis. Depending upon who you ask, Generation Z may or may not be a subset of the much dissected ‘Millennial’ group, but one thing is for sure, those born between 1995 and 2010 have come of age, and the successful company will want to prepare for their arrival in the workforce.

The first thing to understand about Generation Z is that they’re not wasting time on their way to the job market. They have grown up in a world where social media and other forms of digital communication have exposed them to an endless supply of personal success stories, giving them a bird’s eye view of the career trajectories of those who have dreamed big. At the same time, many of them grew up during a major recession, instilling in them a certain pragmatism. The result is a youth population that are already engaged in career planning and thinking big-picture.

Generation Z’s pragmatic nature includes a skepticism of post-secondary education, a contributing factor to their early arrival in the workforce. It’s not necessarily that they’re uninterested in the college experience, but they are wary of the debt that comes with it. Furthermore, a rapidly evolving workplace has eroded the notion that a finite ‘learning period’ will prepare one for long term success. With the workplace constantly reinventing itself, and the sum of the world’s accumulated knowledge a click away, Generation Z realize that true success awaits those who see learning as an ongoing process, not a pit stop on the road to their career of choice. Business leaders such as Mark Zuckerberg, who’s fortune was owed to a paradigm shifting idea, not an impeccable pedigree, only reinforce this notion.

Companies that want to capture the imagination and loyalty of Generation Z must be prepared to show them that constant learning and development are a core value of the organization. Mentorships, internal development programs and partnerships with educational institutions are just some of the ways that companies can display their commitment to learning. Whether the development is long-term and systematic, or comes in bite-sized chunks across various platforms, the idea of working in an organization that offers them the ability to grow is an enticing one for the next generation to hit the workplace.

Show Me the Me That Can Show Myself the Money

Rod Tidwell, Cuba Good Jr.’s outlandish character from the movie ‘Jerry Maguire’ had a simple mantra: ‘Show me the money!’. Generation Z, like all generations before them, are certainly not averse to having fat pockets, but they realize that what’s here today can be gone tomorrow. What they are looking for, even more than a great starting salary, is a path to a life of fulfillment, one that gives them a good work/life balance, while preparing them for success in the unknowable economy of tomorrow.

Exposure to those who have entered the organization a few years ahead of them, and have quickly graduated to more challenging and rewarding roles, is an excellent motivator, and will drive retention. Teamwork, collaboration and rotating or expanding tasks are the antithesis of stagnation, and will lead to greater buy-in on the part of the prospective or new employee. Those of generation Z do not necessarily expect to stay with their first employer for the long term. With options and information presented to them in a never-ending stream, they are constantly exposed to alternate possibilities, and won’t hesitate to jump ship. However, their pragmatic nature dictates that a company committed to their personal development and ongoing success is worthy of their loyalty.

Another means of appealing to the new generation’s commitment to development and balance is an atmosphere of flexibility. Gen Z are not afraid to put in the hard work necessary for their advancement, and will often be willing to go the extra mile when the company needs them most. In contrast, the idea of performing busy work simply to fill a chair for an arbitrarily selected number of hours per week seems counterproductive to a generation who are goal oriented and proficient at multitasking. With technology enabling new work arrangements, forward-thinking organizations will look to empower top-talent to contribute to the company, while also seeking personal fulfillment. Often such arrangements can be win/win for both company and employee.

There is no magic formula for capturing the interest and loyalty of the youth now entering the job market. Like generations before them, they are ultimately made up of individuals, no two of whom are exactly alike. But by understanding some of their common traits, such as an independent spirit and a hunger for personal development, you can position your organization as a preferred landing space for the brightest minds coming of age. 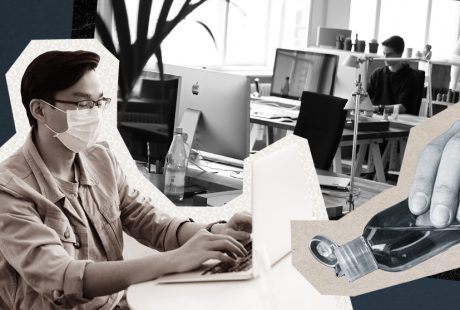 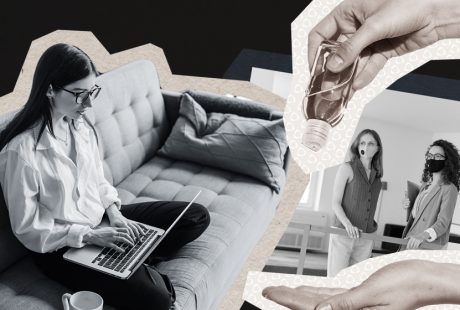