The COVID-19 crisis has not only caused practical complications within the supply chain, but has disrupted the very distribution channels themselves. With end user delivery models altered drastically, supply and demand patterns are rapidly shifting, leaving distributors to create new plans, often on the fly. Food and other goods are being distributed in various new ways, while wholesalers reinvent themselves for short and long term success.

Needless to say, humans must continue to eat during isolation but, as lifestyles have shifted, so too have eating patterns. Restaurants have been hard hit, with industry association ‘Restaurants Canada’ predicting that nearly 30% of restaurants may not reopen if the situation drags on much longer.1

While some restaurants continue to serve in a take-out or drive-through capacity, the impacts of the reduced traffic are being felt, not only by the restaurants themselves, but by the distributors who supply them. Some distributors have already made the pivot to a direct-to-consumer model, providing home delivery to those unwilling or unable to leave their homes. In the UK, wholesalers like Brakes and LWC Drinks have begun setting up systems that range from home delivery to ‘call and collect’ models.2

The transition is not a seamless one. Wholesaler orders typically involve quantities that are larger than what is suitable for most families. What’s more, orders are often placed over the phone, a departure from the expectations of most ecommerce enthusiasts. Regardless, strange times make for strange bedfellows and a number of wholesalers are making it work.

In hard-hit New York City, the closing of restaurants has not necessarily eliminated the opportunity of fine dining. People are taking advantage of a number of wholesalers offering direct to consumer services for the first time. Companies that supply top notch wholesale goods to Michelin-starred restaurants are finding willing clients from amongst the general public.3

“The possibilities of wholesalers selling direct-to-consumer (DTC) are numerous,” according to Econsultancy, “from establishing themselves as a trusted and valued brand in their own right to opening up additional revenue streams and gathering customer data that could continue to be valuable even after the crisis has passed.”2

Despite their economic uncertainties, many restaurants have donated unused food to food banks and other charities. In Calgary, nonprofits like LeftOvers and Fresh Routes have seen food donations shift into ‘turbo drive’4, while in Halifax, a host of restaurants have contributed in a similar fashion.5

In many cases, however, the logistics of redistributing this food are not as simple as they would seem, due to looming expiry dates or impractical package size.

Asian markets, key to the lobster market, have been decimated, causing the shoreline price to plummet. Even as many East Coast boats remain tied to the wharf, some Nova Scotia lobster fishermen have taken to selling their catch from the back of their trucks.6

Commodity prices for eggs have increased in the US, as the grab-and-go morning has been replaced with larger sit down breakfasts. This, combined with more free time to bake, has increased the demand on eggs.7

BJ’s Wholesaler, Costco and Wal Mart saw historically high sales volumes throughout most of March8, although time will tell how these trends hold up. Costco’s model, which is heavily dependent upon membership fees, make it relatively less vulnerable to fluctuations in foot traffic.9

During any period of change, some companies will make innovations and adjustments, the benefits of which will outlast the period of turmoil that birthed them. Distributors working in areas of high demand may find large orders with quick turnaround times to be the new normal. Supply House Times advocate for a measured approach, rather than panic.

“For a better standing in the long-term… you should instead apply the 90-10 rule (where our research has found that about 90% of profit comes from 10% of customers) to your patience-to-panic ratio so that you can make decisions from a point of control.’10

According to SHT, a successful long-term strategy involves identifying the aspects of your operation that you simply cannot afford to lose and focussing on the big picture. They believe that an emphasis on training and process improvement will pay dividends in the long run, advice that mirrors that of HR consultant Judy Slutsky, who recently spoke to Goldbeck.

In the short term, however, creativity can be key to survival.  “When faced with letting several inside sales reps go, one distributor negotiated to reallocate them as support for a noncompeting distributor. Such opportunities are rare, but certainly worth exploring if you find them.”10

Much like those in healthcare and retail, distributors are providing an essential service and should take pride in that fact.

“In the future, I can’t wait to be able to be in a room with other people again and tell those new people what I do,” writes distributor John Gunderson for MDM. “I will be able to tell them, “I work for a company that helps ‘essential’ distributors and manufacturers who get the critical supplies we all counted on during this crisis to you.”11

2 Sentance, Rebecca. “UK Food Wholesalers Are Pivoting to Direct-to-Consumer in the Coronavirus Crisis – Will It Work?” Econsultancy, April 6, 2020. https://econsultancy.com/uk-food-wholesalers-pivoting-direct-to-consumer-dtc-coronavirus-crisis-will-it-work/.

11 “Everyone Is Counting on Distributors as Essential Businesses: 4 Ways to Handle the Responsibility.” Modern Distribution Management RSS. Accessed April 7, 2020. https://www.mdm.com/blogs/20-distribution-operations/post/40894-everyone-is-counting-on-distributors-to-be-an-essential-business-4-ways-to-handle-the-responsibility. 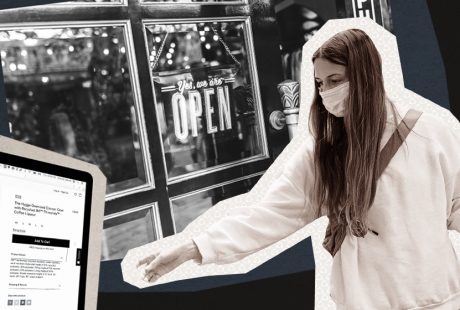 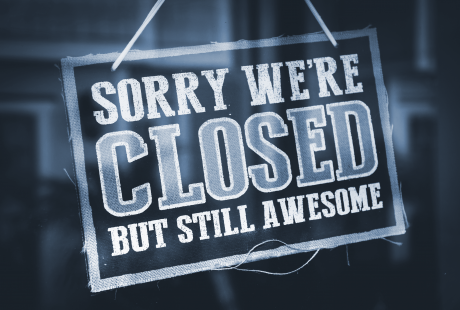 As COVID-19 impacts retail and restaurants, distributors and others react with innovation and perseverance, seeking long term success. Read more 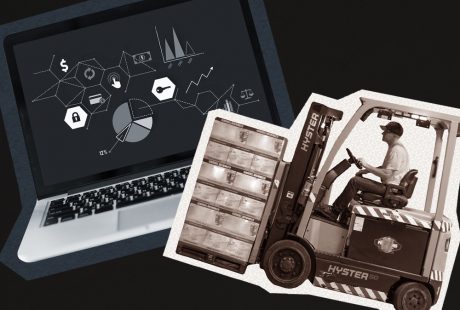 Omnichannel, Blockchain and the Logistics Revolution in Wholesale

“Disruption” is the buzzword that often surrounds technology in the business world. Indeed, we live in an era… Read more