Running an engineering firm, like most businesses, involves day to day duties, month to month oversight and year to year planning. Despite these ongoing commitments, leaders, many nearing the age of retirement, must not neglect to plan for a future that extends beyond their daily involvement. Among the objectives that succession planning must take into consideration are positioning the company to succeed in the absence of the current principal, setting ownership up for a healthy retirement and weighing the merits of an external sale vs. an internal buyout. Particularly for those who prefer the latter, leadership development is vital.

In order to maximize potential value, retiring owners of engineering firms should consider both external buyers and internal succession. Globalized competition has fostered a climate where mergers and acquisitions are commonplace, opening the door to a host of potential buyers with deep pockets. Direct competitors will not only be acquiring your expertise and goodwill, but will be eliminating a player from their marketplace and may, therefore, be willing to pay top dollar. On the downside, company culture may be vulnerable to a shift and those concerned with legacy may be hesitant to put their very company name on the chopping block. The selling individual’s loss of influence and participation in the company is likely to be total and immediate.

“Ideally, most firms prefer to nurture succession from within to best maintain firm values, culture and vision,” says industry veteran Wilfrid Morin. “A strong succession plan not only enables this strategy, it also provides an incentive for potential and eventual successors to perform at their best.”1

Executing an internal buyout, however, can prove easier said than done.

“Many mid to large engineering firms are structured similarly to accounting or law firms where senior managers are partners and high performing juniors are invited into the partnership stream and end up replacing the retiring/bought out partner managers,” says Goldbeck President Henry Goldbeck. “Smaller firms often do not have the resources to implement and manage this type of process which hurts their ability to hire and retain talent as well as their succession planning as an owner prepares to retire.”

High performing engineers are less likely to spend their careers with one company and many are wary of the financial and time investments necessary to buy out and lead a company.

Despite the aforementioned challenges, the potential still exists to develop internal candidates for eventual takeover. In fact, it’s central to the succession planning process. The key is to get ahead of the process and not let a sudden event like an illness, divorce or death trigger hasty action. Smart companies, if possible, acquire and develop top talent, preparing them for eventual takeover by bestowing leadership responsibilities upon them earlier in the process, as they demonstrate their value. Not only does this create a potential buyer, but it ensures that the value of the company’s brand extends beyond that of its principal.

Being an effective leader in the engineering industry involves possessing a hybrid of both technical and leadership skills. When it comes to leading the company, one simply won’t work without the other.

According to the National Society of Professional Engineers “These capabilities include the ability to assess risk and take initiative, the willingness to make decisions in the face of uncertainty, a sense of urgency and the will to deliver on time in the face of constraints or obstacles, resourcefulness and flexibility, trust and loyalty in a team setting, and the ability to relate to others.”2

Christian Knutson believes that technical ability must be paired with a penchant for getting the job done. As he writes for the Engineering Management Institute, “The effective engineering leader instills an action-oriented mindset into everything they do.  They are focused on doing the right things and getting things done.  In short, the effective engineering leader is able to achieve goals that are self-initiated or set by other stakeholders.”3

According to the Harvard Business Review female engineers disproportionately exit the field early. Companies that can retain strong female engineers position themselves favourably for future success.

According to a recent article by Dulini Fernando, Laurie Cohen and Joanne Duberley, setting up an environment for female engineers to thrive involves assigning them responsibilities that foster growth, giving constructive personalized feedback and providing role models who demonstrate work-family balance.

“While confidence is recognized as important for women engineers to persist, it is spoken about as an intrinsic trait,” write the authors. “Our research suggests that it is significantly shaped by each individual’s social experiences in the workplace. Confidence needs to be built.”4

Whether an internal buyout or an external sale is the final course of action, companies will do well to develop talented engineers, extending their responsibilities and enabling them to demonstrate their leadership skills on an ongoing basis. Not only will this ensure competency and excellence throughout the ranks, it may well provide an ultimate successor when the need arises. 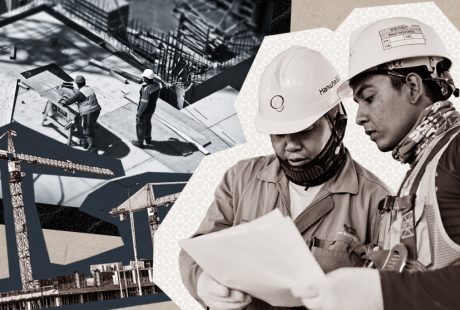 Automation is redefining the manufacturing sector. How will jobs be impacted? Read more 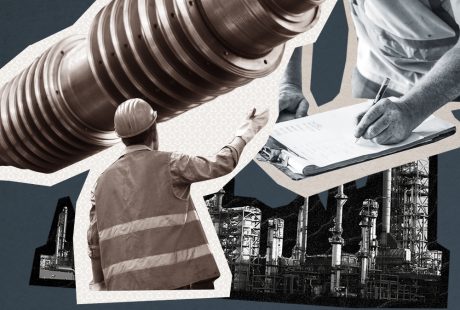